If you’ve not had time yet to work with SharePoint 2013 Preview, here’s a quick dive into what’s new so far.

Microsoft says that SharePoint 2013 Preview has been improved to make claims-based authentication easier to use. It extends support for application authentication via Open Authorization 2.0 (OAuth) as well as for server-to-server authentication.

There’s been a bunch of new features added, including these: Support for OData Business Data Connectivity (BDC) connections, in addition to connections for WCF, SQL Server, and .NET assemblies. Automatic generation via Visual Studio 2010 of BDC models for OData data sources. An event listener with an event subscriber on the SharePoint 2013 Preview side, to enable SharePoint users to receive notifications of changes to the external system. Self-contained apps for SharePoint.

But wait–there’s more: Enhancements to external lists that bring them to functional parity with other SharePoint lists. The exposure of the REST APIs for web and mobile app developers to use. Six new Windows PowerShell cmdlets specifically for OData. And the ability, via Business Connectivity Services Client Runtime, to have side-by-side installations of Office 2010 and Office 2013 Preview on the same client computer. 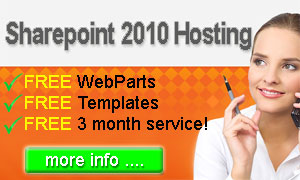 Showing SharePoint’s increasing presence in the world of litigation, eDiscovery improvements have been added that, unfortunately, are probably sorely needed. They include a new site template, the eDiscovery Center, which creates a portal for managing cases—you can access cases to search, hold content, and export content.

Microsoft has added improvements to in-place holds, including site-level preservation; the ability for users to work with content that’s preserved; and the ability to define the scope of preservation via a query filter.

You can also now take the results of your eDiscovery search—including documents, wiki pages, Exchange email messages and tasks– and export them into a review tool.

Optimized viewing for mobile device users was a no-brainer addition to SharePoint Server 2013 Preview—it had to be done.

Other new features include the following: The ability to render a single SharePoint published site in multiple formats for different devices. The ability to enable a push notification service on a SharePoint site to send device updates to a Windows Phone device.

We’re not done yet: A new geolocation field type for use in mobile app development. The ability for some devices to display PerformancePoint Web Parts, Excel Services reports, and SQL Server Reporting Services reports. And finally, enhanced viewing of Office Web apps (Word, Excel, and PowerPoint) via mobile browsers.

This also applies to any Exchange Server 2013 Preview team mailboxes associated with those sites.

SharePoint 2013 Preview adds tons of new features, including the following: New features in Excel for business intelligence (BI): In-Memory BI Engine (IMBI) for near-instant analysis of millions of rows of data; Power View Add-in for Excel, which offers visualizations, animations, and smart querying to enable users to visualize modeled data; decoupled PivotChart and PivotTable reports allowing for the creation of PivotChart reports without having to add a PivotTable report on the same page; and the ability to do trend analysis from cells in PivotTable reports that use OLAP data.

Visio Services improvements include the ability for users to add comments to a Visio drawing on the web via Visio Services.

And PerformancePoint improvements include the ability for users to copy dashboards and dependencies to other users or site collections; an enhanced UI; support for Analysis Services Effective User feature, which eliminates the need for Kerberos delegation for per-user authentication; and support for PerformancePoint on the Apple iPad.

It’s no surprise that Microsoft wanted to beef up the social computing features in SharePoint, and with SharePoint 2013 Preview, it’s on track for doing so. Basically, it’s enhanced the administration and user experience, and added ways for enterprise users to collaborate more fully and naturally using social media features.

Because of the new MySites features, you’ll also find Microsoft made several changes to the User Profile service application settings in Central Administration around configuring permissions, privacy, micro-blogging and newsfeeds, and more.

Microsoft improved the video upload process for content authors, and improved image display and performance of a site with its image renditions feature, which reduces the size of an image file that is downloaded to the client.

It added an integrated translation service that gives content authors or managers the ability to choose which content will be exported for human translation and which for translation by machine.

It added managed navigation, which lets you use term sets to define and maintain navigation on a site. And it added the ability to create more user-friendly URLs.

In the area of branding, Microsoft made it less mysterious, and now designers use such tools as Adobe Dreamweaver, Microsoft Expression Web, or another HTML editor, rather than having to use SharePoint Designer or Visual Studio 2013 to brand a SharePoint site.

And it added the ability for designers to design sites for display on different devices, such as tablets, smartphones, and desktops. Additional features enhance search, authoring, and publishing.

Note that to manage and monitor the Windows Azure Workflow in SharePoint 2013, you must use Windows PowerShell.